The Jerusalem Post published a column by EAJC Director General Dr. Haim Ben Yaakov. The article in English is provided below.

Along with conventional educational methods and discussion of the Holocaust, it is necessary to bring a new approach to this dialogue and examine this topic from new perspectives.

Even when it comes to such an important historical topic as the Holocaust, decades of the same rhetoric and extensive education, while playing an important role for specific groups, do not increase or maintain interest in this topic among the masses. Especially in the current conditions of the so-called clip culture and a massive flow of information, it is becoming increasingly difficult for the vast and complex topic of the Holocaust to break through the informational volume. This is also why we see such surprising results from surveys in different countries, similar to the one recently published by the Claims Conference, where respondents demonstrated mostly superficial knowledge about the Holocaust.

In this regard, it is very important to include this topic in official educational programs, as the president of the Euro-Asian Jewish Congress claimed in his recent column. In addition, we have to adapt and find new angles and methods of presenting history in the modern information space.

As Lindsay Zemler writes in an article for Tel Aviv University, until recently, it had been unacceptable to directly raise the topic of the Holocaust in film.  The Holocaust did not become a popular theme of films until the 1970s and 1980s, even forming a separate genre. Gradually, the boundaries of what was permitted in the context of displaying the Holocaust shifted and today there are many films that reveal those events from various angles.

There is no doubt that cinematography has made a considerable contribution in raising awareness of the history of the Holocaust. However, according to Yael Mazor, a lecturer at the TAU Steve Tisch School of Film and Television, in addition to the already known depiction of the Holocaust in films, we must be open to new interpretations and maintain an active dialogue about those events. Today, when the number of living witnesses of the Holocaust is decreasing, it is especially important to form “new ways of memory.”

These may be new, not sufficiently disclosed side events of the story, difficult new questions, or new ways of displaying and trying to comprehend what happened.

An interesting step in this direction was the project Eva Stories, documenting the history of a family during the Holocaust in the form of posts and stories in an Instagram account. The project, which sparked a great debate about such methods of displaying a sensitive topic, nevertheless gathered more than a million subscribers.

In 2020, a TikTok trend in which young content creators portrayed themselves as time-displaced victims of the Holocaust came under similar criticism. However, according to Tom Divon, an Israeli researcher on this topic in social networks, what matters more is not the presentation of the topic itself, which seems artificial and simplified, but the interest among teenagers – who often have no connection with Judaism –  to create such content in the first place. 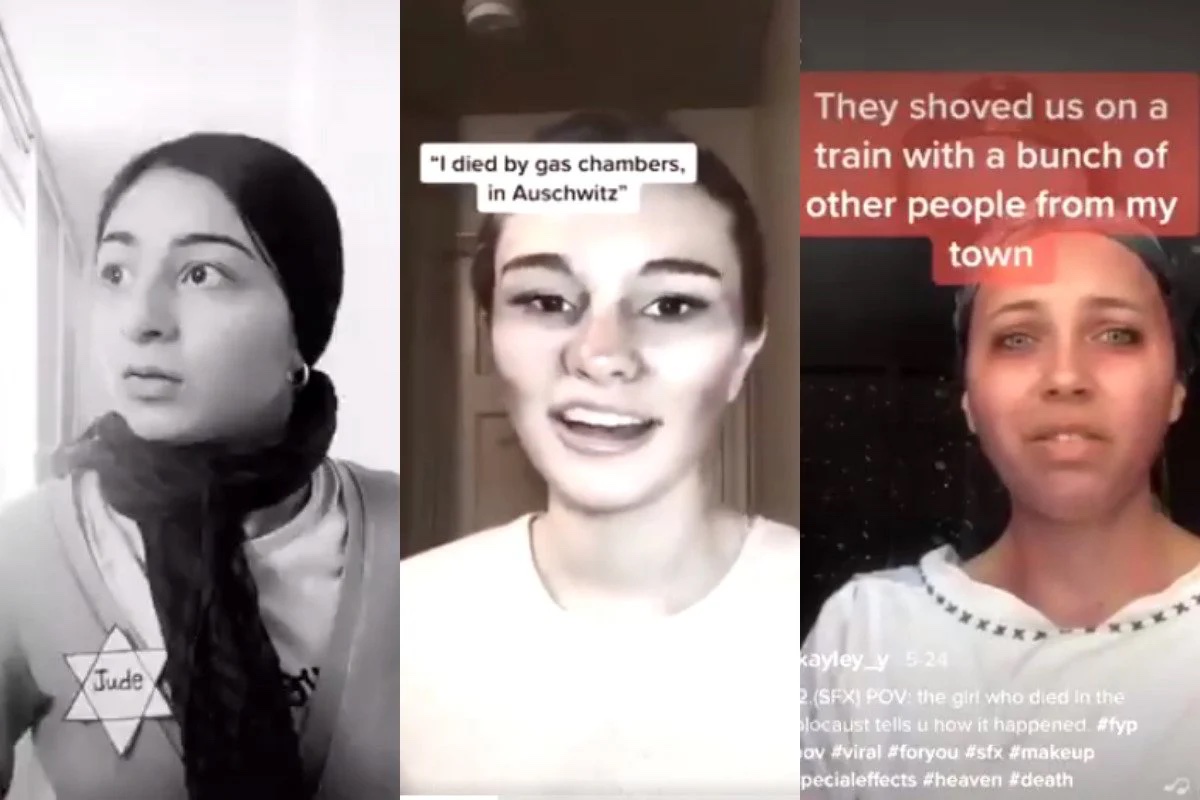 It’s hard to disagree with this. Despite the delicacy of the topic, ignoring the new means of communication and content consumption on the part of traditional institutions inevitably leads to a generational gap in the dialogue about the Holocaust. Ultimately, it is the viral content in modern social networks that has the potential to reach millions quickly and raise mass awareness. We have to adapt to it strategically.

The Euro-Asian Jewish Congress pays great attention to the preservation of memory and distribution of knowledge about the Holocaust. In this regard, SHOA, a special resource, was created to collect information in the form of initiatives and mini-projects online, revealing the events and issues of the Holocaust interactively, in clear language with easy navigation.

In 2020, we supported the production of the animated movie 263 Nights. Most people are aware of the Minsk Ghetto, but not everyone knows the story of 26 Minsk Jews who hid from the horrors of the Nazi occupation in a basement for 263 days and nights. This animated movie reveals the lesser-known history of the Jews of Minsk.

In December 2021, at the 7th Moscow Jewish Film Festival, the film was nominated for the best short documentary, and it has been screened at several international film festivals. Yefim Gimelstein, on whose behalf the film is narrated, lives in Israel today. Yefim was hiding in the basement as a six-year-old child and today he is one of the two surviving witnesses of those events.

Another important perspective of the Holocaust is the history of the Righteous Among the Nations. In October 2021, with the support of the EAJC, Righteous Among the Nations. Ukraine, a book about Ukrainians who saved Jews during the Holocaust, was published. The book contains almost 2,700 names, officially recognized today by the Yad Vashem World Holocaust Remembrance Center. President of Ukraine Volodymyr Zelensky and President of Israel Isaac Herzog contributed a foreword to the book.

By presenting new stories, facts and views of the terrible events of the Holocaust, we are refreshing the dialogue and keeping it from being forgotten. We have a responsibility to raise awareness and interest of this topic among younger generations, while preventing the denial, trivialization and politicization of the Holocaust.