On December 1, in the city of Lod, for the first time in the history of Israel, one of the city squares was named in honor of the Jewish Soviet general, Yakov Kreizer. The ceremony in Lod was attended by the Ambassador of Russia to Israel Anatoly Viktorov, Director General of the Euro-Asian Jewish Congress Dr. Chaim Ben Yaakov, Chairman of the Russian Jewish Congress Yuri Kaner, Board Member of the RJC Yuri Dombrovsky, Chairman of the Maalot Association David Shekhter, Mayor of Loda Yair Revivo, Deputy Mayor of Loda Elvira Kalikhman.

The square in the new district of Lod, where many immigrants from the former USSR live, have received the official name “Victory Square in memory of General Yakov Kreizer”. The project was initiated by the Ma’alot Association. The proposal to name the square after General Kreiser was addressed to the municipalities of Lod and Ashdod. In the near future, it is also planned to open a square in Ashdod.

The Ma’alot Association, which aims to create the Center for the Heritage of the Soviet Jews, conducts a wide range of activities aimed at deepening in Israeli society the understanding of the contribution of the USSR Jews to the creation and development of Israel. One of the projects aimed at this was the Ma’alot campaign to perpetuate in Israel the memory of the war hero, the “modern Maccabeus” General Jacob Kreiser. It was not by chance that Ma’alot chose Hanukkah for holding the Kreiser Week in Israel, during which numerous events dedicated to the general have already taken place and will take place. The project was supported by the Euro-Asian Jewish Congress, donors Yuri Dombrovsky, Yuri Zelvensky, Yakov Soskin and Arkady Mayofis.

“We must remember that the Jews in that war were not only victims, but also heroes: one and a half million Jews served in the armies of the countries of the anti-Hitler coalition, more than half a million in the Red Army, tens of thousands fought in partisan detachments, hundreds of thousands died in battles. 305 The generals and admirals of the Red Army were Jews. Today we are actively talking about this, thereby restoring justice and preserving the historical truth, ” – commented EAJC President Dr. Mikhail Mirilashvili. 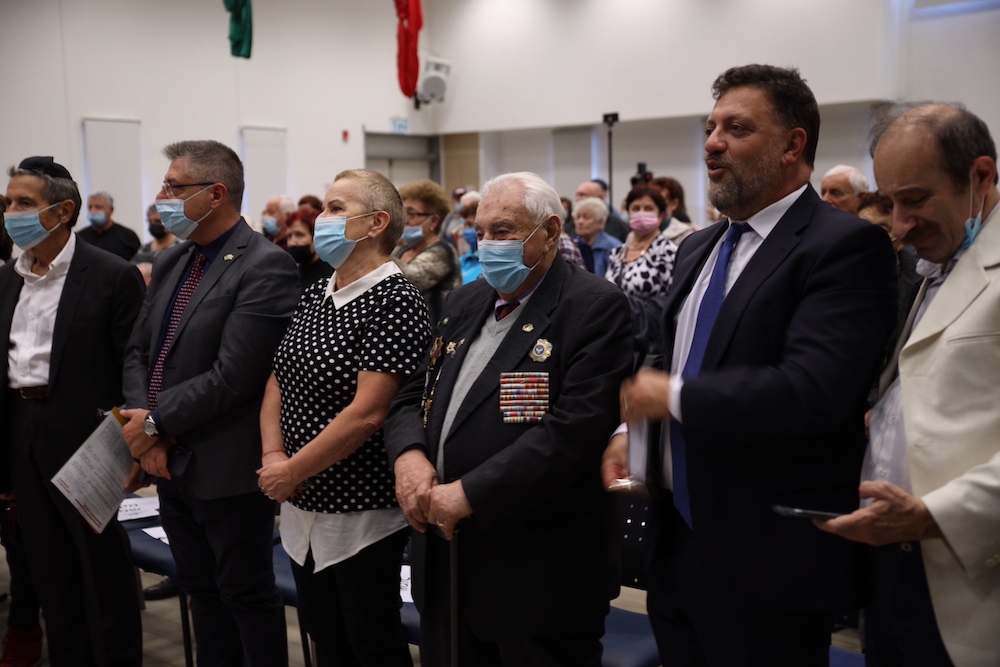 Yaakov Kreizer (1905-1969) became the first commander of the Red Army to be awarded the title of Hero of the Soviet Union. For 12 days, his division held back Guderian’s tanks on the Berezina, which saved Moscow and allowed tens of thousands of Jews to evacuate and avoid imminent death. In 1953, Kreiser was one of the few prominent Jews who refused to sign a letter urging Stalin to expel Soviet Jews to Siberia and the Far East.