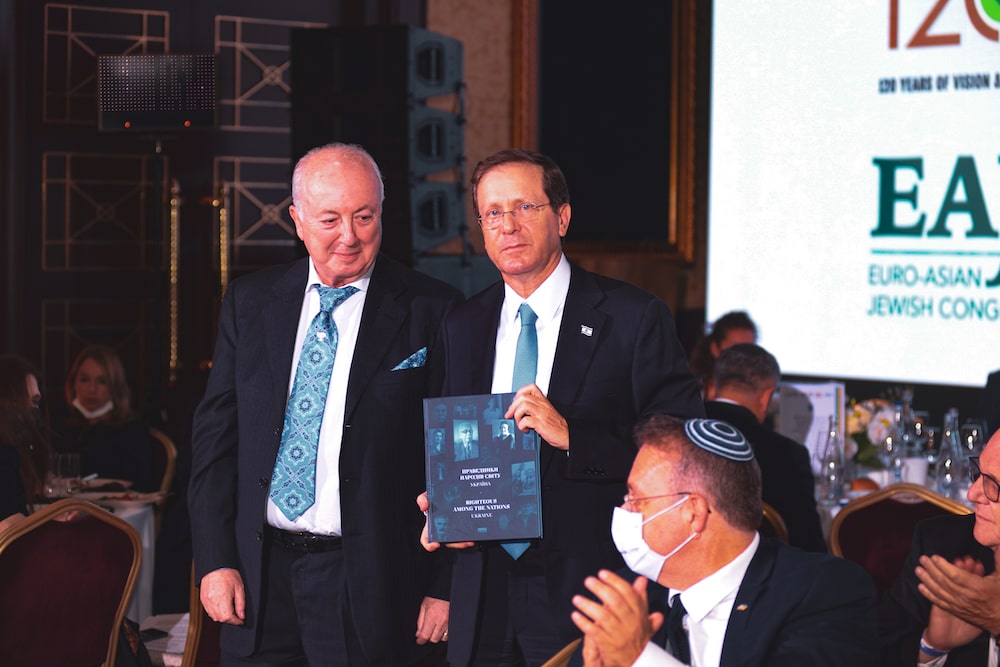 The book “Righteous among the Nations of the World. Ukraine ”contains about 2700 names of Ukrainians who saved Jews during the Holocaust. This is a complete list of Ukrainians officially recognized today by the Israeli Holocaust Memorial Complex Yad Vashem as Righteous Among the Nations. This title on behalf of the State of Israel has been awarded by a special commission since 1963 to non-Jews who helped Jews during the Holocaust. Today, about 27,000 people have already been recognized as Righteous in the world. Ukraine ranks 4th in terms of the number of the Righteous.

“During the terrible years of World War II, there were people who could not remain indifferent to the tragedy of the Jewish people. And, thankfully, there were a lot of them. More than two and a half thousand righteous people are officially recognized in Ukraine. We must remember this and pay tribute to each of them. Therefore, it was especially important for us and our colleagues from the Jewish Confederation of Ukraine to publish this book, which we have the honor to present today,” – said EAJC President Dr. Mikhail Mirilashvili.