The assembly was also attended by special guests Deputy director-general of the Ministry of Foreign affairs of the State of Israel Gary Koren and former Soviet dissident, social activist, head of the Supervisory board of Babi Yar Holocaust Memorial Center Natan Sharansky. The Minister of Tourism Yoel Konstantyn Razvozov addressed the assembly participants on behalf of the Israeli government.

«After a challenging year when, we hope, Israel overcomes the crisis, our concerns are with our communities and their conditions. We are still willing to provide emergency assistance as quickly as possible», says the EAJC president dr. Michael Mirilashvili. He also added that the EAJC leaders have already started the active cooperation with the new Israeli government.

«I want to thank all the EAJC leaders and members for being a diplomatic link and for their continuing actions to strengthen the communication between the State of Israel and Jewish communities. Your uphill battle against the international delegitimating of the State of Israel is crucial for us», said the Minister of Tourism Yoel Konstantyn Razvozov. He also expressed his regrets that the EAJC assembly was held online for the second year in the row unlike the previous assembly meetings that were held in Israel.

Deputy director-general of the Ministry of Foreign affairs of the State of Israel Gary Koren stressed the importance of the cooperation between the MFA and the EAJC and announced that special events will be held to honour the 30th anniversary of the re-establishment of diplomatic relations between Israel and Post-Soviet states. «In light of the lobbying for reviewing the policy towards terrorist organizations such as Hamas and Hezbollah, the EAJC diplomatic support on the ground is crucial for the State of Israel and the MFA. We value your support and commitment to the Jewish State», said mr.Koren.

Jewish communities leaders thanked the EAJC leadership for the well-coordinated work, support and efforts during these challenging times. The Indian Jewish community leader Judah Samuel expressed the deep gratitude to the EAJC for providing care and support to the Indian Jewish community, providing matzot for Passover and ventilators during the peak of Covid-19. He also added that for the first time in the history of India a monument in honor of a foreign politician will be installed – a monument dedicated to the former Prime Minister of Israel Shimon Peres.

The Euro-Asian Jewish Congress director general dr. Haim ben Yakov launched a new EAJC initiative: a donation will be made to installing protective infrastructure in the south of Israel. The funds will be also used to create protected spaces and bomb shelters as well as a road along the border with the Gaza Strip for the needs of the local residents, the military and security forces. The project will be conducted in the partnership with the Jewish National Fund (Keren Kayemet LeYisrael) and the Home Front Command.

Within the assembly meeting the head of the Supervisory board of Babi Yar Holocaust Memorial Center Natan Sharansky and director general Max Yakover launched a project of a new memorial complex witch will be opened in Kyiv on 6 October. 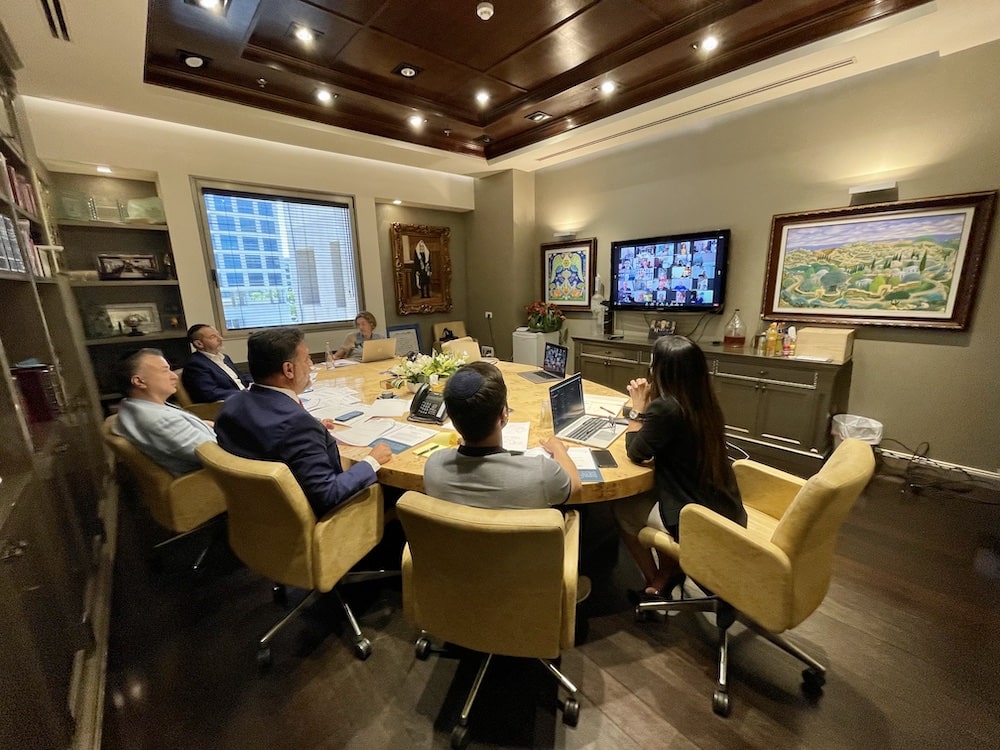