On the 4th of Iyar, according to the Jewish calendar, the president of the Euro-Asian Jewish Congress, Dr. Michael Mirilashvili celebrates his anniversary. Israeli Prime Minister Benjamin Netanyahu sent congratulations to the President of the EAJC, wishing him good health and continued success in all endeavors.

“I have always appreciated your hard work, both as a successful entrepreneur and as a Jewish philanthropist, always ready to help our people and country.

As a prominent businessman, you make a significant contribution to the economic power of Israel in various fields. While as the president of the Euro-Asian Jewish Congress, you contribute to the preservation of the national heritage, the development of the Jewish communities of Eastern Europe and Asia, as well as promoting the position of Israel in the international arena. This is a rare combination of material and spiritual values.

It was a pleasure meeting you at the solemn ceremony in Jerusalem, with the participation of Russian President Vladimir Putin. The monument we unveiled in memory of the defenders and residents of Leningrad during the Second World War, perpetuates the heroism of veterans, including the many Jews, who saved humanity and the Jewish people from destruction.

I know how much you value your Jewish-Georgian. This ancient community has always been distinguished for its compassion and commitment to Zionism. Recently, the 50th Anniversary of 18 Georgian Jewish families who contacted the UN to receive permission to make aliyah. These courageous Jews were able to break the first breach in the Iron Curtain, the fall of which led to the blessed mass aliyah to Israel.” 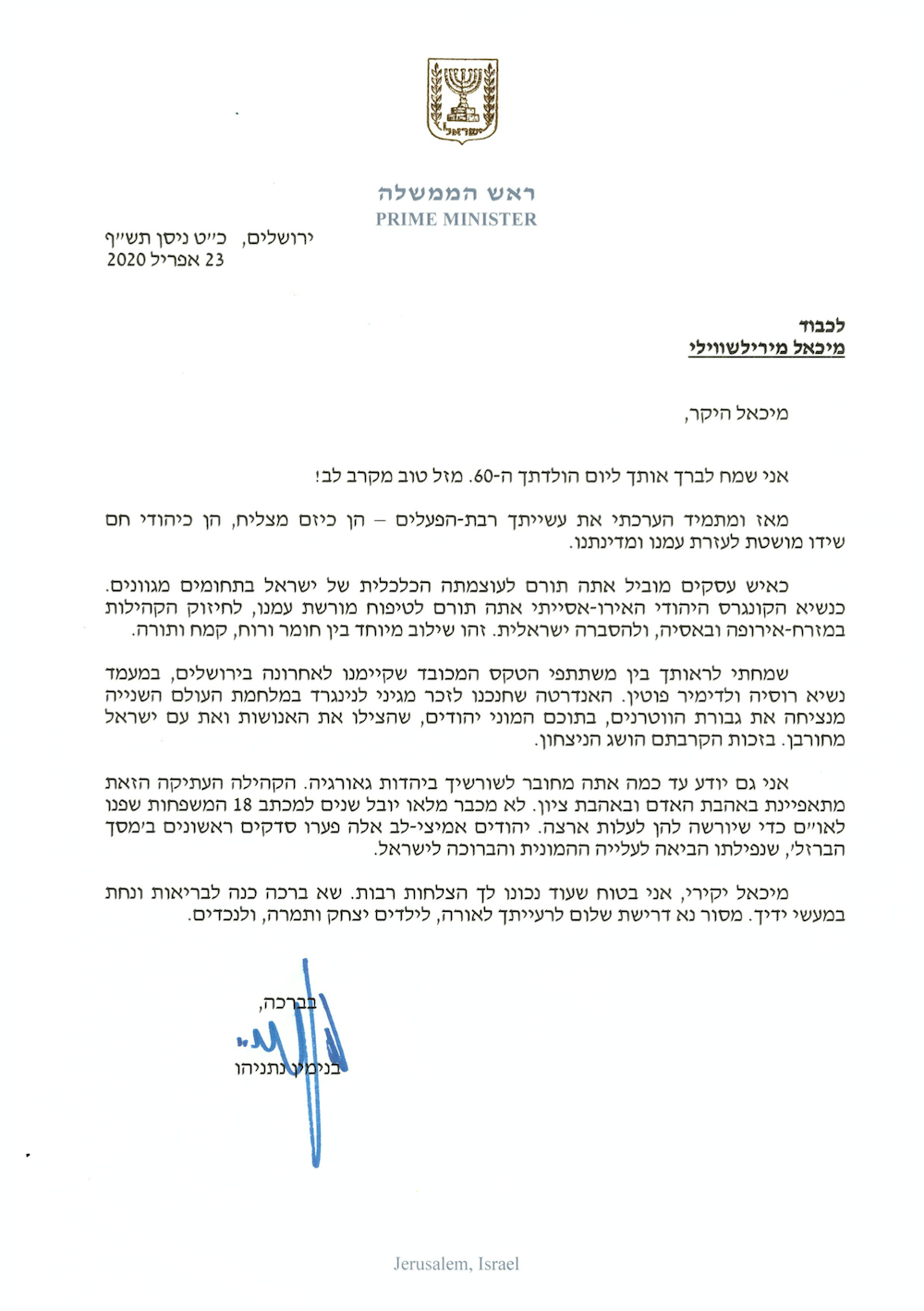