Jewish student organizations supported by the Euro-Asian Jewish Congress met Purim 2020 with many kinds of merrymaking.

Hillel CASE (Central Asia Southeastern Europe), which operates with the support of the Euro-Asian Jewish Congress, has united student centers in Ukraine, Belarus, Georgia, Moldova, and Azerbaijan through a Purim carnival.

Hillel Kiev welcomed Purim traditionally, by reopening a Purim bakery for children to make hamantashen from scratch. This year, more than 250 handmade hamantashen cookies have been made in the bakery. The next day they were delivered as a gift to the wards of the Hesed Shaare Tikva.

Hillel Kharkov chose the graceful style of the 60s as a theme for a Purim carnival. The evening opened with a traditional Purimshpil, an original musical show about the ancient story of Purim, created and performed by the students. And, as it happens every Purim in Kharkov, the annual Hillel Purim Hype Awards ceremony took place. Later, the musical Purimshpil was also presented to the wards of the Hesed Shaare Tikva as a Purim gift.

Students of Hillel Baku joined the entire Jewish community of Baku, dressed up in costumes and celebrated Purim with Megillah reading, a celebratory meal, and joyful music.

All Purim events of the All-Russian Union of Jewish Students (RUJS) were held thanks to the support of the Euro-Asian Jewish Congress. 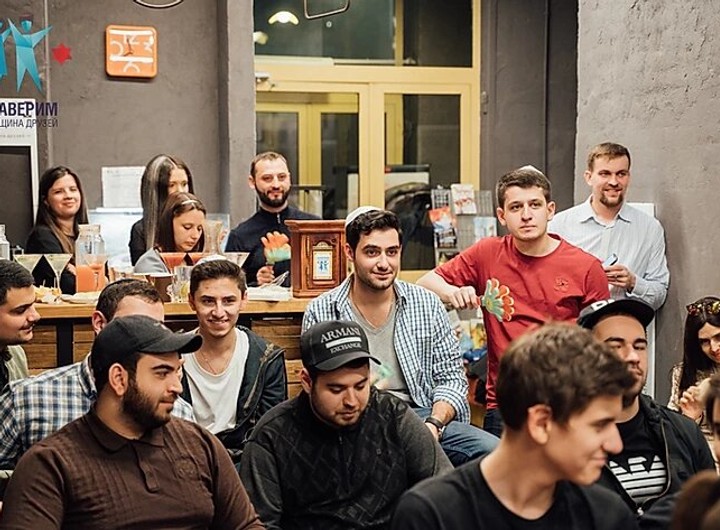 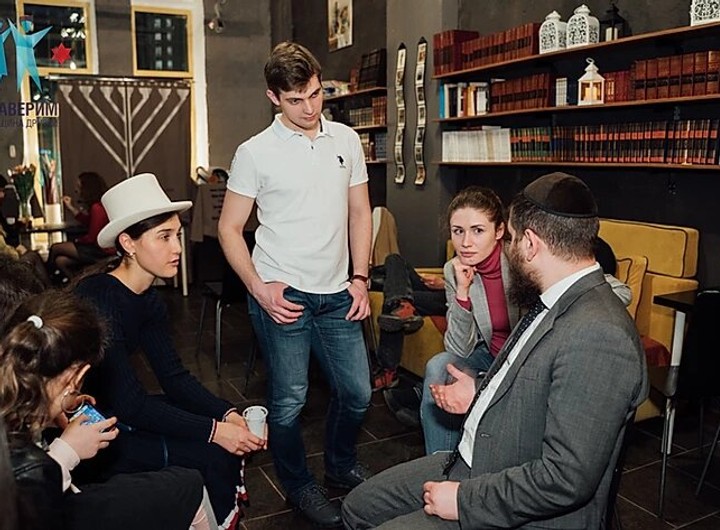 The Haverim Jewish community at the Moscow State University (MSU), with the participation of the All-Russian Union of Jewish Students (RUJS) and the MSU Jewish Club, hosted the Purim Rock & Roll Party. Students of the MSU and other Moscow universities came together to listen to the story of Purim and, of course, to drink l’chaim – to life. 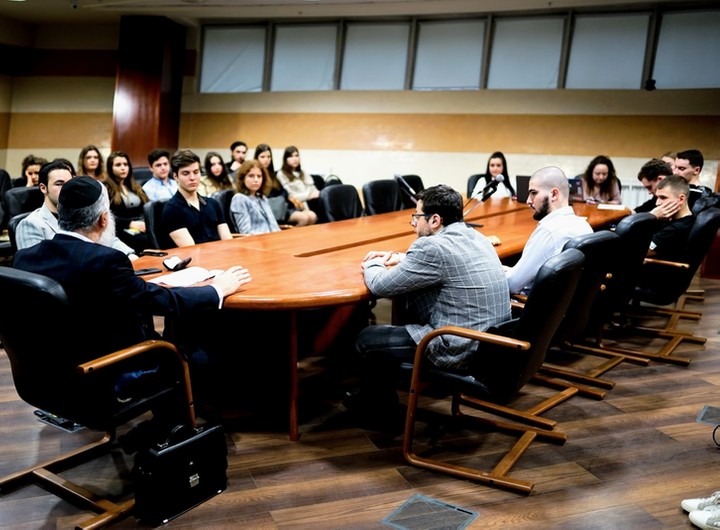 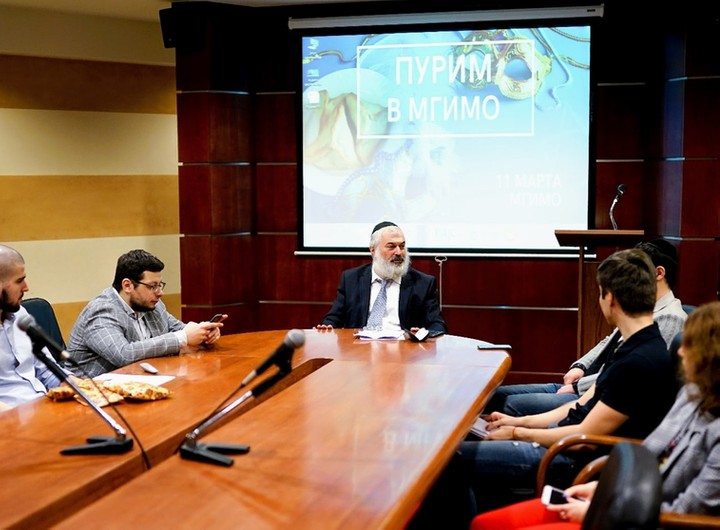 The All-Russian Union of Jewish Students (RUJS) and the Union of Israeli Students at MGIMO (Jewish Club) arranged a meeting of students with rabbi Alex Artovsky. A lively discussion about Purim ensued, and then students participated in a Purim quiz contest. 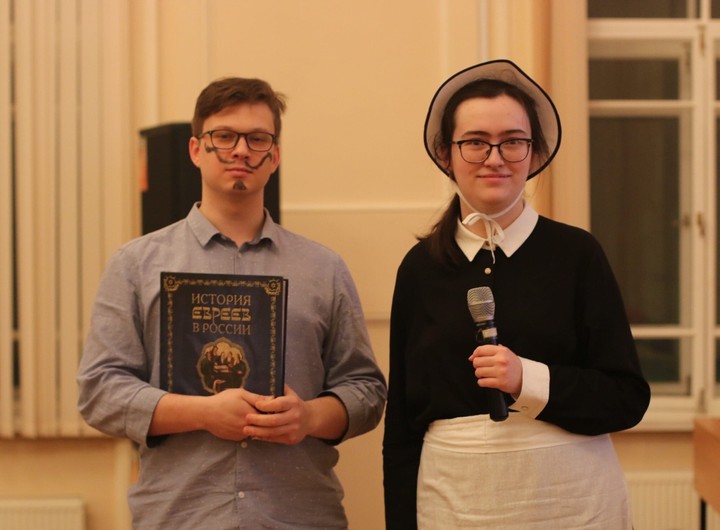 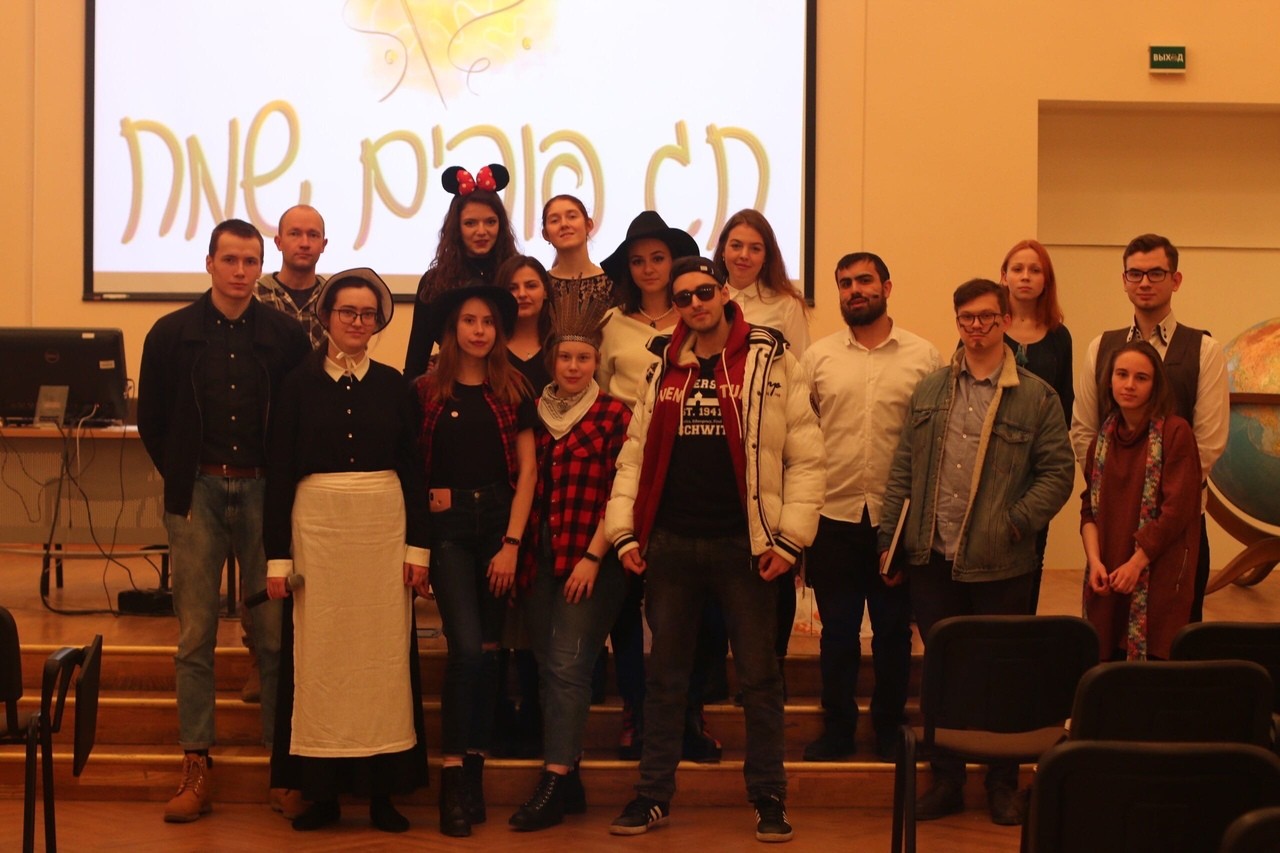 The Jewish Club of the St. Petersburg State University in cooperation with the All-Russian Union of Jewish Students (RUJS) welcomed Purim with a Megillah reading and traditional hamentashen. As part of the entertainment program, students tried their hand at Hebrew calligraphy, played games, participated in a Purim quiz and competition for the best costume.

For a whole week, Hillel Russia, supported by the Euro-Asian Jewish Congress, welcomed Purim with costume parties, intellectual quests, dance, and karaoke battles. For many participants in seven cities of Russia, the Hillel Russia event was the first experience of a Purim celebration. 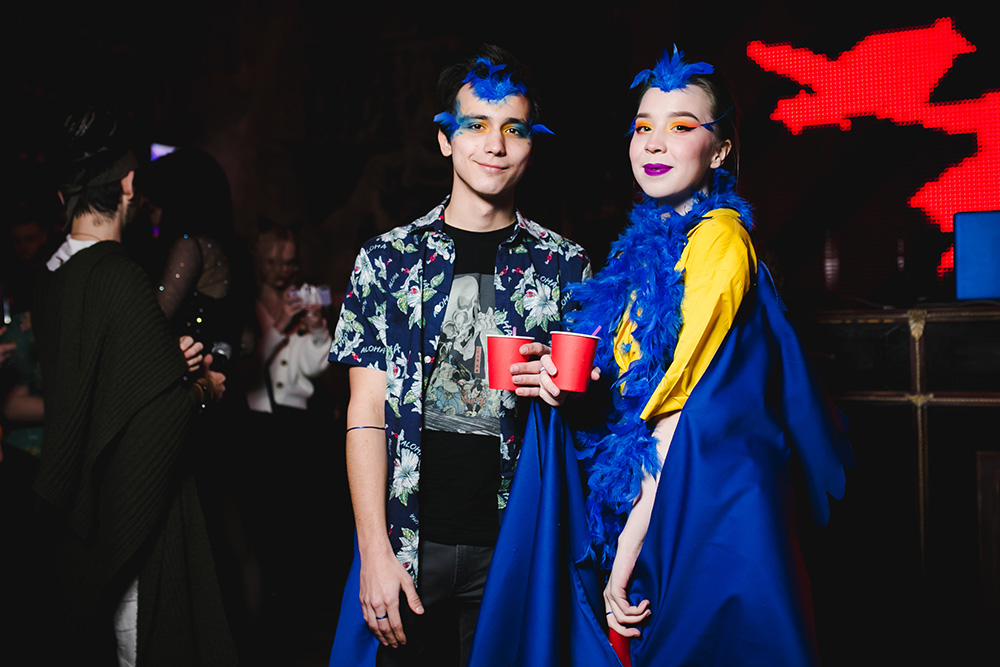 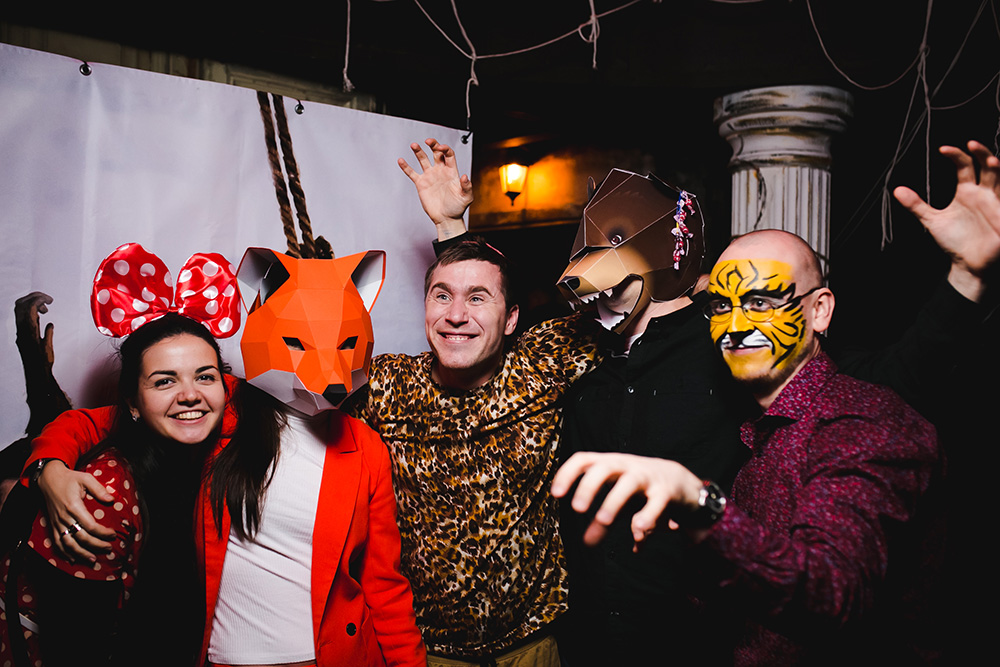 In Moscow, young people gathered for the Neon Purim Party at the Garage club with a light show, the quest “Finding the Esther Scroll”, dances, and games. In St. Petersburg, the Noah’s Ark Party brought together students dressed up as the Jewish biblical heroes. In Yekaterinburg, at the Space Purim Party, students took part in a team laser tag tournament and a virtual reality game route. In Khabarovsk, the Wild West Purim Party engaged the guests into the Indians and Cowboys game. In Saratov, guests went through seven rounds of a Purim intellectual team quiz. In Penza, guests gathered at the festive table with traditional treats while in Novosibirsk, teams competed in the Purim Stars karaoke battle.

“The Purim сarnival unites young people. This is a vivid and bright impression associated with the Jewish people, friends, and fun. We at the EAJC are sincerely glad that Jewish students of the Euro-Asian region are interested in the history and tradition of their people, largely due to the leaders and activists of Jewish student organizations,” said the Director General of the Euro-Asian Jewish Congress, Dr. Haim Ben Yaakov.