The opening of the Memorial to the Righteous of the Nations and the Victims of the Holocaust took place several days ago in Melitopol. Thanks to the project of the Jewish Confederation of Ukraine “The Righteous people of My City” the composition “Lament for the Unborn” by sculptor Alexander Dyachenko was installed on Hetmanska Street, along which Melitopol Jews were led to execution during the years of occupation. In total, more than 14,000 peaceful residents of Melitopol were killed during the war, 12,000 of them were Jews. 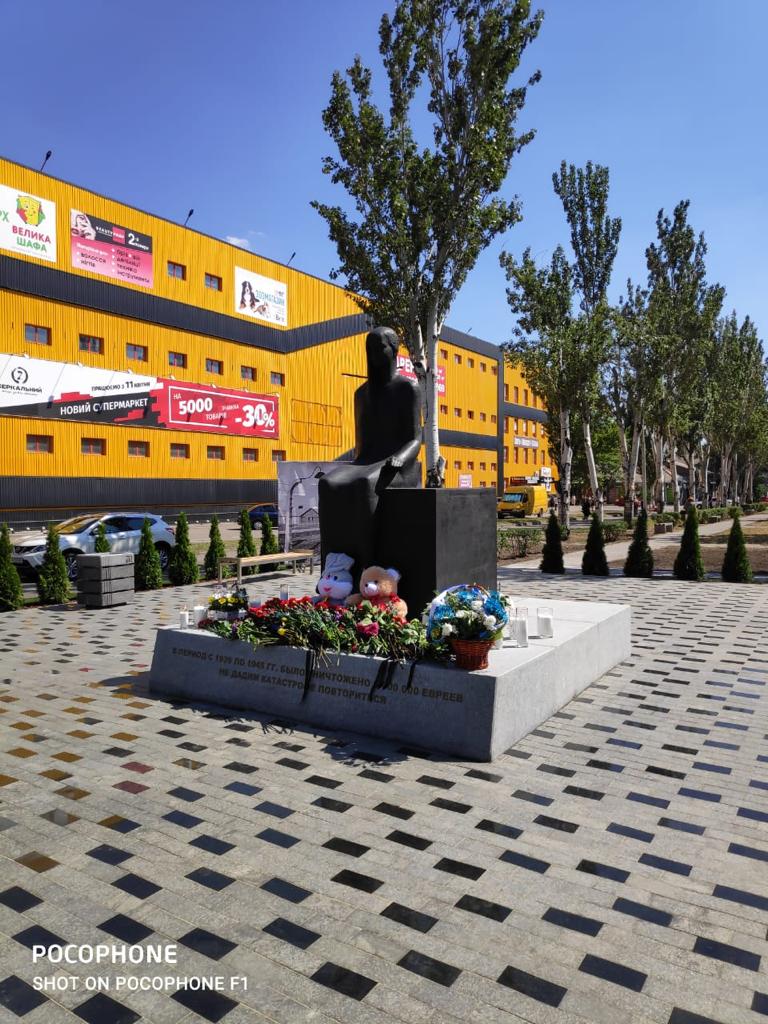 As part of the project of the Jewish Confederation of Ukraine “The Righteous People of My City”, 22 streets, 1 mini-park have already been named after the Righteous Among the Nations; 5 memorial signs have been installed in the cities and villages where people who rescued Jews lived. Now the Melitopol Memorial has been also added to this list.

The Jewish Confederation of Ukraine is led by the Vice-President of the Euro-Asian Jewish Congress Boris Lozhkin.

Read more about the project.