On December 15, Tel Aviv University hosted a conference dedicated to the 30th anniversary of the restoration of Russian-Israeli diplomatic relations. The event was organized by Tel Aviv University in cooperation with the Euro-Asian Jewish Congress, and attended by the Russian Embassy in Israel and the Israeli Foreign Ministry. Leading researchers, diplomats, statesmen from the Russian Federation and Israel discussed issues of cooperation between the two countries, analyzed the current state of affairs and presented reports on joint scientific achievements.

President of Tel Aviv University prof. Ariel Porat noted the special connection between Russia and Israel in the field of science and culture, which is a strong advantage in building diplomatic bridges. An illustrative example of this, according to him, is, in particular, a conference that took place at the Moscow State University in July 2018 “Mishpat Ivri: past, present and future”, dedicated to the 100th anniversary of the establishment of the Society “Mishpat Ivri” in Moscow. The event summed up a long period of scholarly work in the field of Jewish law.

In addition, prof. Porat announced a unique exhibition in honor of the 100th anniversary of the “The Dybbuk” play premiere . The exposition “The Dybbuk, Vakhtangov and Habima” is a joint project of the Vakhtangov theater in Moscow and the Israel Center for Documentation of the Performing Arts at Tel Aviv University in partnership with the Gabay theatrical archive. Exhibition will present the full history of “The Dybbuk” – from premiere in Moscow and foreign tours of the 1920s and 1930s to the modern Israeli scene. Unique artifacts, sketches and scenarios, costumes and photographs – all this can be seen by the audience of the Vakhtangov theater from 1 to 12 February 2022. The organizers of the exhibition are the Euro-Asian Jewish Congress, Tel Aviv University, Vakhtangov theater, Israeli Embassy in Russia and others.

“It should be noted that the USSR was the first country that de jure recognized the State of Israel in May 1948. Of course, there have been ups and downs in the history of our relationship. At the same time, today we can confidently assert that Russian-Israeli mutually beneficial cooperation has passed the test of time and continues to actively develop in all areas,” said Anatoly Viktorov, Russian Ambassador to Israel.

Welcoming the guests of the conference, Dr. Michael Mirilashvili stressed the importance of preserving information about the common history of Russia and Israel. He noted that the Congress has supported a number of research projects in this area in recent years. Among them is the declaration signed by the governments of the two countries in 2015 on the joint publication of Soviet-Israeli documents from 1954 until the break of diplomatic ties in 1967.

“The documents to be published in the near future will make it possible to comprehend the extremely tense relations between the USSR and Israel. It is important that reputable scientists from Russia and Israel are working together on this initiative. We are honored to support this project. As we can see, scientific contacts are playing a major role for the development of modern interstate relations, ” the EAJC President said.

The head of the Israeli editors, a researcher at Tel Aviv University, Dr. Boris Morozov, presented a project itself. According to the researcher, the state archives of Israel and Russia have declassified about 2,000 unique documents relating to the period 1954-1967. Among them – the code of the telegram of the General Secretary of the CPSU Central Committee, which led to a break in relations in 1967, as well as the decree on changing the “line towards Israel” from 1989 signed by the USSR Secretary General Gorbachev. The project will unveil documents related to the Suez Crisis, the Six Day War, the Israeli struggle for the repatriation of Soviet Jewry and the creation of a mass movement in support of it.

Yakov Livne, director of the Euro-Asian department at the Israeli Foreign Ministry, also commented on the project, drawing attention to the “deep nature” of relations between the two countries. “The main achievement in our relations is that now we can speak openly about what happened in the past, including not the most pleasant pages of our common history, as now we have nothing to hide,” Livne said.

EAJC Board Chairman Aaron G. Frenkel spoke about the dispatch of the first aircrafts for USSR repatriates, which were partially organized by him. “We worked in cooperation with Soviet airlines even before the restoration of diplomatic relations. These connections remain to this day. The history of the repatriation of Soviet Jews and relations between Russia and Israel is, in my opinion, a direct embodiment of the expression that dreams come true. In the late 1980s, we simply could not believe that the Russian ambassador would sit here at Tel Aviv University and talk about the close ties between our countries,” said Aaron G. Frenkel.

At the event Israeli scientists also made reports on the study of the Russian language at Tel Aviv University, as well as on joint interstate projects in the field of geology and archeology. 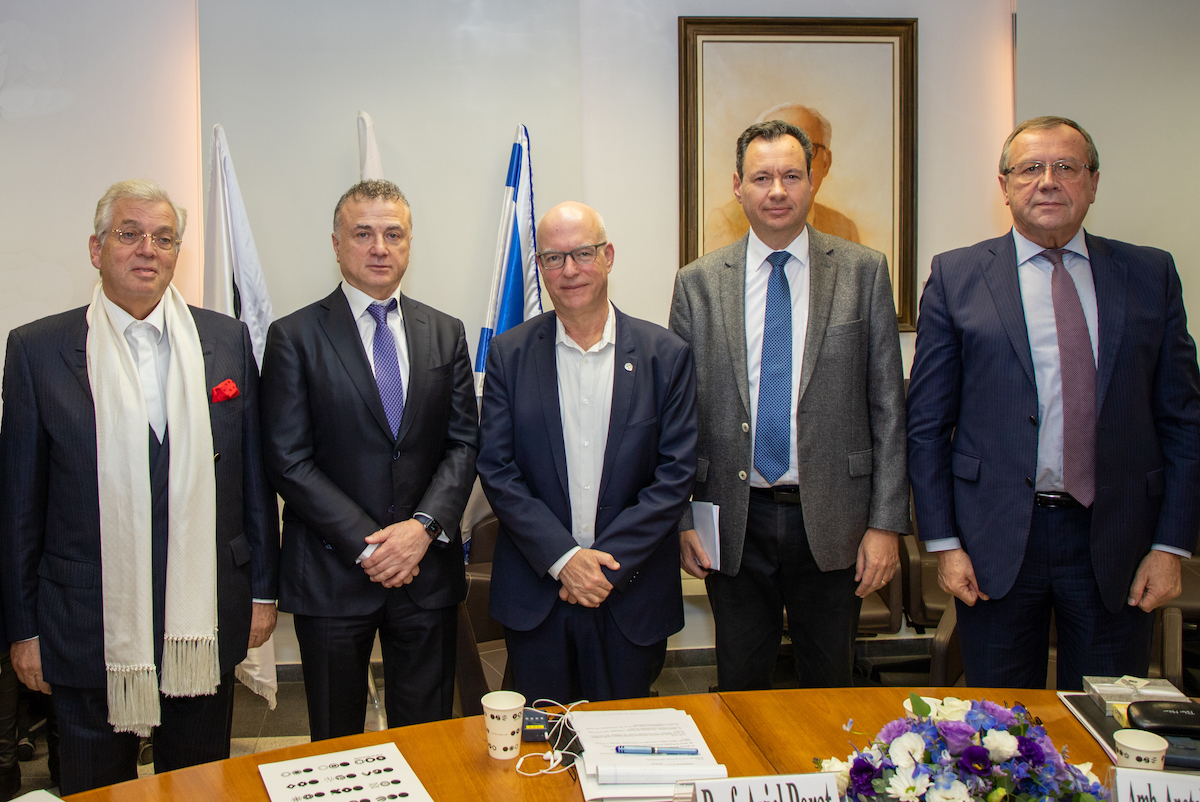