The EAJC congratulates its partner organization, the Claims Conference, that urged Facebook to update its hate speech policy to prohibit any content that denies or distorts the Holocaust.

Since July of this year, the Claims Conference has consistently published messages from Holocaust survivors to Facebook CEO Mark Zuckerberg, asking him to remove messages that denied the Holocaust or distorted facts related to it from the social network. Facebook’s official announcement that it will ban such publications is primarily Holocaust survivors’ victory. Their messages were published by the Claims Conference and widely spread by its partners. 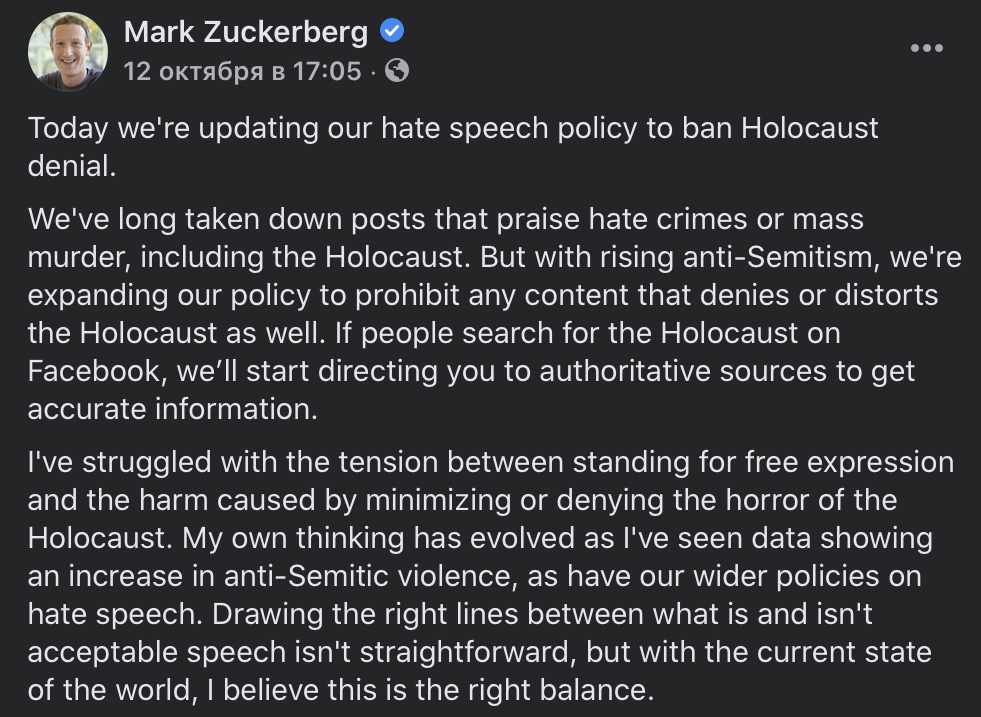 EAJC Director General and Claims Conference Board of Directors Member Dr. Haim Ben Yaakov: “The problem of Holocaust denial, the so-called theory of Holocaust Revisionism, is, from our point of view, extremely dangerous. Holocaust denial is, in fact, one of the forms of modern anti-Semitism.

With the development of social media, this form of anti-Semitism, as well as the publication of various anti-Semitic theories and stereotypes associated with the history of the Holocaust, began to have a significant impact on the younger generation. Young people, one of the main consumers of social media, have come under an endless stream of disinformation aimed at denying and distorting the facts about the Holocaust. We welcome Facebook’s decision to ban Holocaust denial content and call on all social media companies to follow suit.”