The life of Jewish communities in the post-Soviet space is currently highly dependent on geopolitical processes of the region. This point of view was expressed by the Director General of the Euro-Asian Jewish Congress (EAJC) Dr. Haim Ben Yakov during the panel at The Jerusalem Post Conference “Business, Sports and Tolerance”, which took place at the Tottenham Hotspur stadium in London. According to Dr. Ben Yakov, severe crises sometimes entail an increase in anti-Semitic sentiment, so “the Jewish community must closely monitor the situation and be ready to confront potential threats.”

As he noted, the recent experience of the COVID-19 pandemic, when the rhetoric in the Internet space has significantly radicalized, also suggests such a cautious assessment. “Unfortunately, we know from history that global crises sometimes lead to the flourishing of anti-Semitic conspiracy theories, when Jews are accused of being involved in various global processes. We saw this clearly during the pandemic and are seeing a similar phenomenon now. While it still remains the rhetoric of mostly marginalized and poorly educated groups, but now, when the atmosphere in social media is so tense and emotional, and the flow of fake information is uncontrollable, the situation can become truly explosive,” said the EAJC Director General.

Of particular concern, said Dr. Ben Yaakov, is the speed with which disinformation is spreading in the media. “Unfortunately, I have to note that history shows that any statements – even if they are just statements – can sooner or later lead to violence.”

According to Chaim Ben Yaakov, it is difficult to accurately predict the prospects for the Jewish communities of Russia, Ukraine and Belarus, since the rates of repatriation to Israel, as well as the emigration of Jews to Western European countries, have increased significantly. “In this regard, we have no other choice but to closely observe what is happening, monitor the situation and be ready to respond quickly to urgent needs, challenges and needs,” the EAJC Director General said.

The Business, Sports and Tolerance JP Conference is the first international event of its kind at London’s Tottenham Hotspur Stadium, dedicated to economics, politics and the fight against anti-Semitism. It is attended by high-ranking Israeli and British officials, politicians, diplomats and businessmen. Among them are the President of the Euro-Asian Jewish Congress Dr. Michael Mirilashvili, the President of the World Jewish Congress, Ambassador Ronald. S. Lauder, Israeli Finance Minister Avigdor Lieberman, Israeli Interior Minister Ayelet Shaked, Head of the Bank of Israel prof. Amir Yaron, Israeli Minister of Communications Yoaz Hendel, as well as other prominent politicians and entrepreneurs. 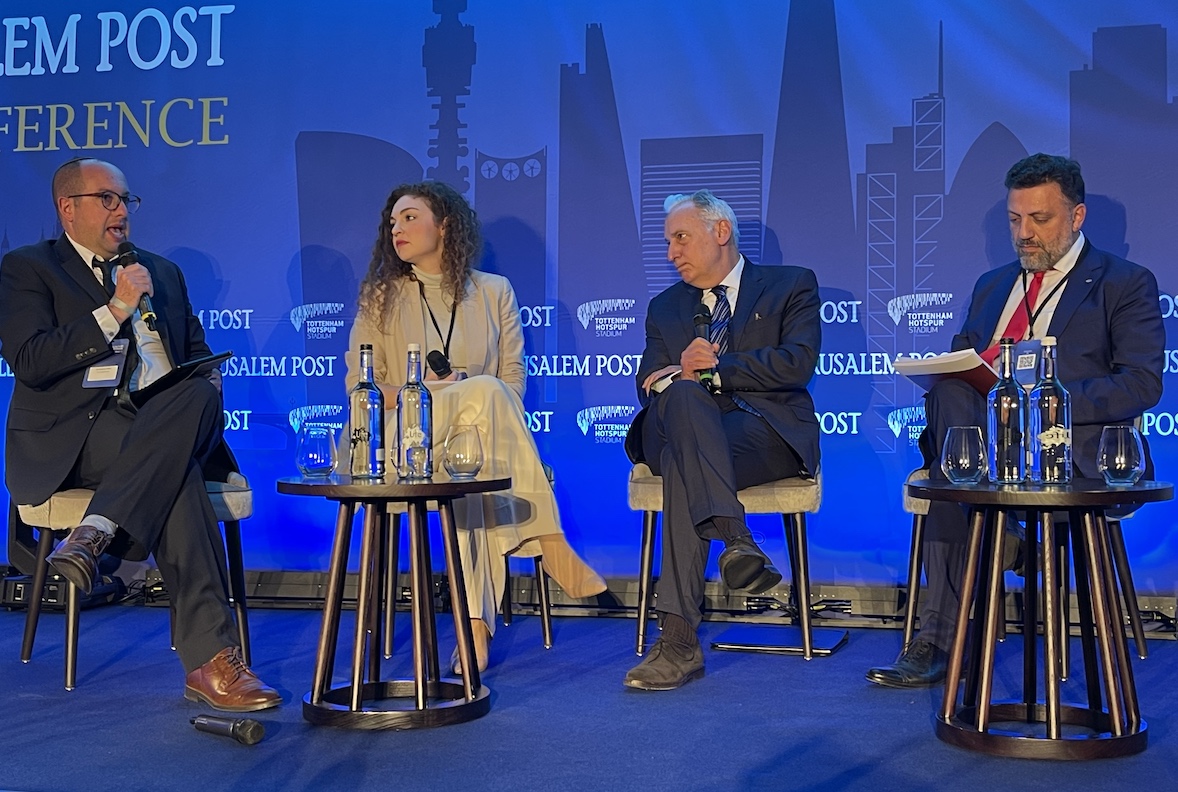