Faith, cohesion, creativity, and modern technology help the EAJC communities and organizations overcome any difficulties, turning them into opportunities. We continue telling you about fascinating projects and events in the Jewish life of the Euro-Asian region. 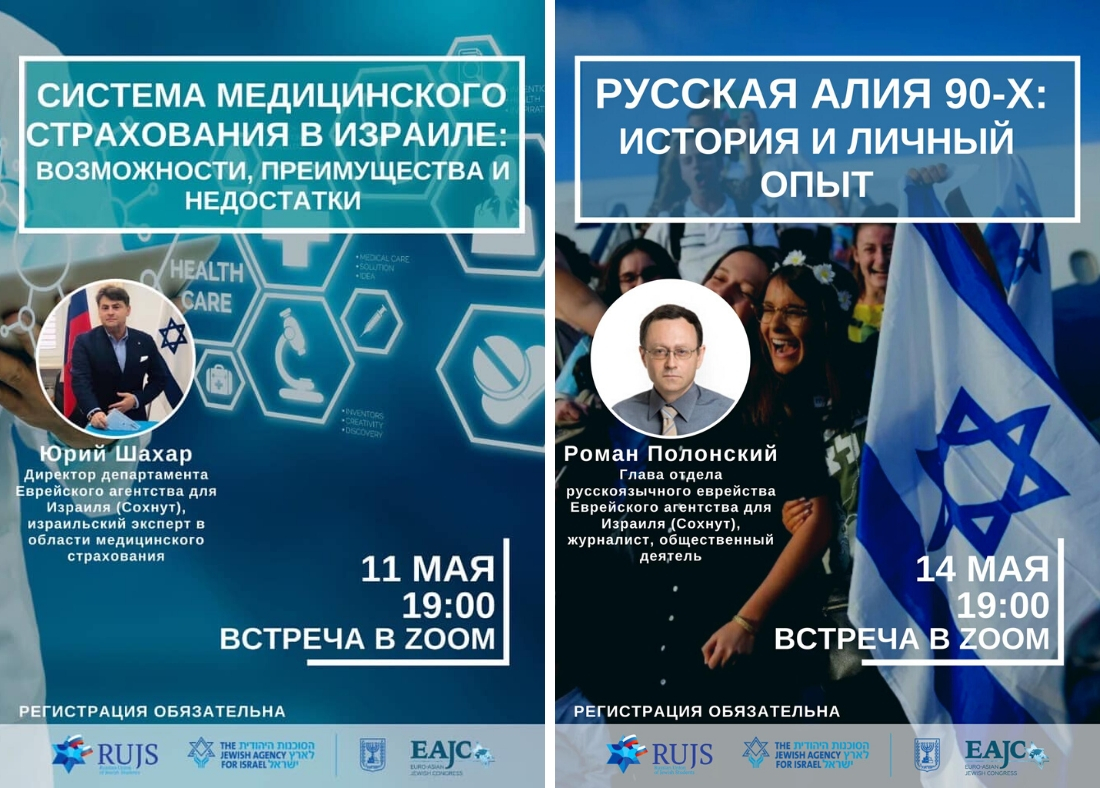 The All-Russian Union of Jewish Students continues a series of online meetings, organized jointly with the Jewish Agency for Israel (Sokhnut).

The representatives of Sokhnut, Yuri Shakhar and Roman Polonsky informed the students about the internship and study opportunities in Israel, the Israeli medical insurance system, and the history of the 1990s post-Soviet aliyah. The managing partner of the Israeli investment platform JSCapital, chief editor of the IT Business Week magazine, Roman Gold told the participants about Israel’s unique innovation ecosystem. 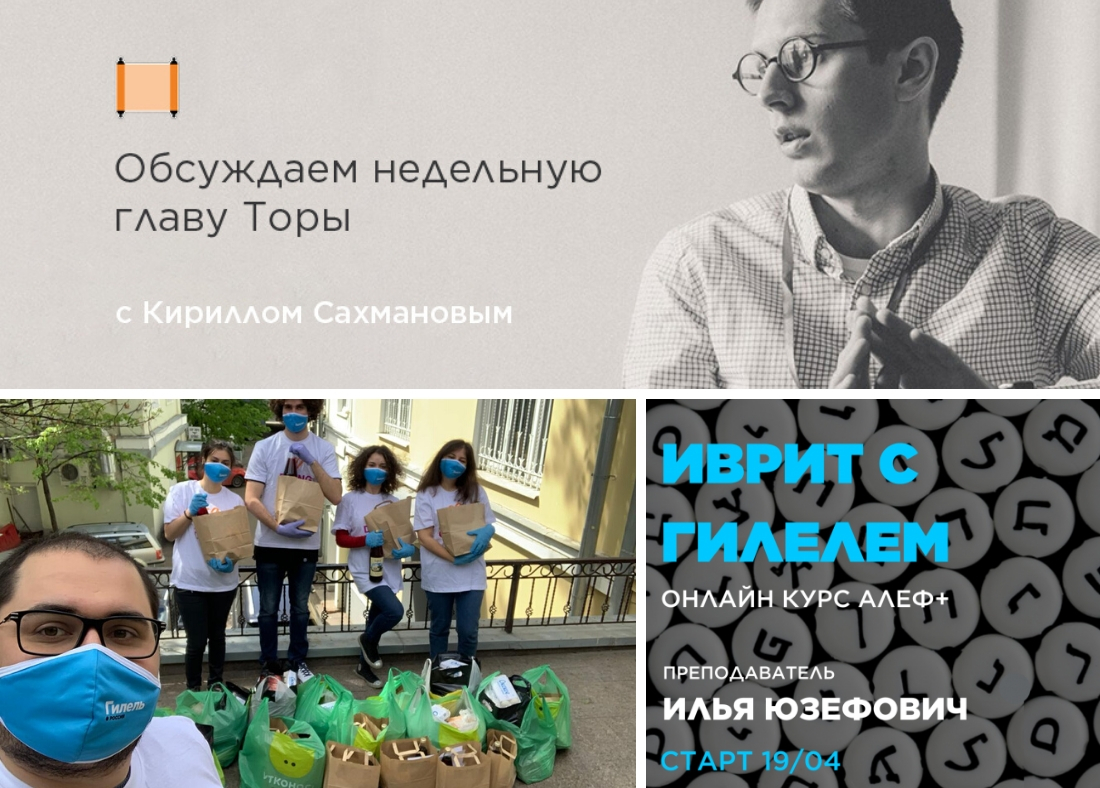 In Khabarovsk and Yekaterinburg, volunteers delivered flowers and food packages to 58 veterans. In Yekaterinburg, young people gathered at ZOOM to sing their favorite songs from the World War II years together.

The World Shabbat, dedicated to the victory over Nazism, gathered 220 Russian-speaking students from Russia, Ukraine, Belarus, Georgia, Moldova, and Azerbaijan.

In Moscow, Hillel Russia gathered volunteers to decrypt documents, diaries, and letters collected by the Holocaust Foundation. In Yekaterinburg, the evening in memory of the Holocaust victims and heroes of the resistance concluded with a minute of silence. 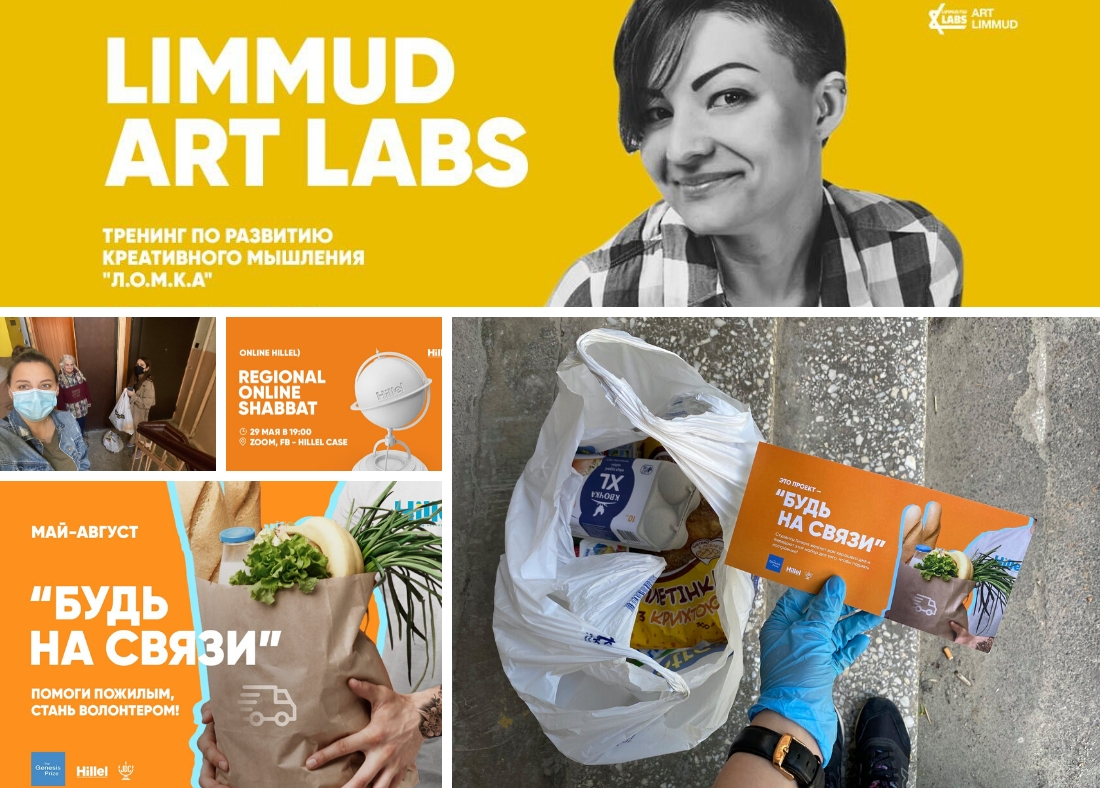 As part of the Hillel Art Labs project, dozens of students took part in the workshops on creative thinking by the actress and director Julia Savina.

The regional Quiz Box games continue gaining popularity among the youth of Hillel. During this difficult period, the Quiz Box project, which combines fun and Jewish education, became the flagship and inspiration for other Jewish projects in the region. Dozens of teams from different countries take part in Quiz Box games.

Students of the CASE region took part in the World Shabbat initiative, which brought together Jewish youth from Khabarovsk to Baku. Over 170 connections in Zoom, over 100 views on FB.

The Limmud Brain Labs project attracted 35 teams and more than 150 participants to its traditional game.

The Be-in-Touch volunteer project has started helping single elderly members of the Jewish community, World War II veterans, and children with disabilities. The project operates in Minsk, Kiev, Dnieper, Kharkov, Odessa, and Lviv. Over the course of three months, students will deliver grocery packages as well as maintain regular communication with people who need support during this difficult period.

In total, over a thousand students take part in Hillel’s programs, including English and Hebrew study groups, educational and entertainment projects, quizzes, and flashmobs.

The Torah study project “On the Road” continues its popular classes online. For more than 20 years, representatives of different generations have gathered to learn the wisdom of the Torah, and they didn’t stop now.

People from Kazakhstan, who had previously attended the classes at the Rimon Jewish Community Center, these days, resumed their participation online. Natalia Rynkovskaya, the longtime teacher of the project, notes that although classroom teaching is more effective, the recent online experience can be useful for conducting classes with an international audience.

The youngsters of the Pavlodar Jewish community were among the winners of the competition dedicated to the 75th anniversary of the victory over Nazi Germany. The young leaders of the Merkaz ethnocultural association were the best in the creative contest “In Memory of the War Heroes”.

Ten young activists of the Jewish community of Almaty took part in the international flashmob honoring the Jerusalem Day. 200 peers from the CIS countries confessed their love to the capital of Israel, the spiritual center of the Jewish people.

During a series of lessons about Ashkenazi Jewish culture, young community leaders acquainted the traditions of Eastern European Jews as well as the atmosphere of Jewish shtetls. In August, the School of Madrichs’s students will conduct community classes dedicated to the unique culture of the Eastern European Jewry.

For two months now, the Shaat Hebrew Club is holding its lessons online. The audience of the Club has expanded significantly, including not only Almaty residents but also representatives of other Kazakhstan Jewish communities.